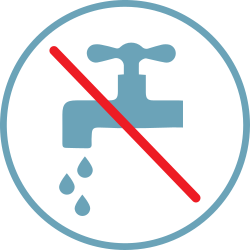 Dry construction technique hides several different construction procedures that are connected by the absence of water in the joints of individual building units. These are ecological constructions from pre-fabricated steel building parts, which are complemented by walls of sandwich character. The Steelong® system works with dry materials, which avoids the wet process and the risk that the material contains water.

Dry construction technique allows to build fast and healthy, there is no risk of high moisture and consequently mold, which is life-threatening.

Molds are microscopic organisms that are part of our environment. They can be found in water, soil and air. Usually they are not visible to the naked eye, we only found them when they are reproduced. They appear with velvet or cotton wool cover. In affected, are as they form darkgray to black or greenish spots, sometimes brownish.

Throughout life, a person has a high sensitivity to moldswhose exposure to the indoor environment is greater than in the open air. Increasing numbers of allergens are significant for their spores – spores that are released into the air and are significant allergens. The mold in the apartment is a serious problem for human health and it can be a source of toxic substances. Approximately 70-80% of moldsare sources of toxic substances (mycotoxins).

In the past, the problem of mold formation was linked to poorly isolated basements. Nowadays it is a problem caused by badly realized roofs and permeability of facade panels.

The growth of molds is caused not only by structural-constructional errors, not proper insulation, but also improper maintenance of apartments and insufficient ventilation.

Thermal insulation of facades, with the use of vapor barriers, as well as high-tight plastic windows reduce the ventilation of the walls and thus natural ventilation, resulting with an increase in the breathing rate, increasing the humidity of the environment and consequently the number of microorganisms. Thus, the positive effect is the energy saving but also brings less beneficial effects that need to be eliminated by the ventilation mode.

Molds may also appear in new buildings in relation to new and damp building materials.

Need more information? Do you have questions?